When the Lord makes it clear that He has invested so much in you for a reason, you'd better surrender.

The more quickly you surrender, the lesser struggle you suffer.

Apparently, I was not as discerning His will and plan as I thought I was. I ended up struggling for two years in confusion and uncertainty.

Now I have accepted His calling, I am at peace.

The reason was that I have been prepared to start a ministry to mobilize financial and intellectual capital in the U.S. and Korea to support missional businesses (BAMs) in Asia and Africa so that they may produce holistic transformation in the lives in the nations where they serve.

The output is SfK Ministries.

Synergy represents the explosive power of God that may be produced through integral unity or holistic oneness as Jesus was describing in His prayer for the believers in John 17:20-23.

Synergy Ministries includes several entities or ministries in multiple countries. In the U.S. SfK Life Corporation has been established as a non-profit corporation in Georgia. SfK Life Foundation has been established to receive donation from the general public to finance the ministry activities. It intends to establish SfK Korea, SfK Rwanda and SfK Thailand as the basic infrastructure.

But it is an exciting first step we are making because the Lord is leading us.

May we remain humble before the Lord, obedient to His calling and Christ-centered in everything we plan, think and do for the ministry! May we seek the Lord's help all the time on our knees, like this girl, humbly and fervently! Amen! - Jeffrey 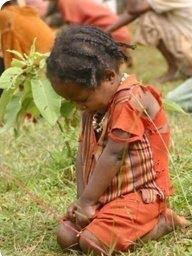