This Wealth Creation Manifesto was released by Lausanne Movement and BAM Global Thinktank as a result of Lausanne Consultation on Wealth Creation for Holistic Transformation held in March 2017 in Chiang Mai, Thailand.
The Bible talks about wealth in three ways; one is bad and two are good. Hoarding of wealth is condemned. Sharing of wealth is encouraged. Wealth creation is both a godly gift and command, and there is no wealth to be shared unless it has been created. But all too often the issue of wealth creation is misunderstood, neglected, or even rejected. The same thing applies to wealth creators.
The Global Consultation on The Role of Wealth Creation for Holistic Transformation aimed at addressing that. During the Consultation process 2016 – 2017 we discussed various aspects of wealth creation, including justice, poverty, Biblical foundation, wealth creators, stewardship of creation and the role of the church. The findings will be published in several papers and a book, as well as an educational video.
The Manifesto enclosed below conveys the essentials of our deliberations before and during the Consultation. (Click here for pdf file Wealth Creation Manifesto)
After the Manifesto below there is a short introduction to three other global consultations that also have dealt with issues related to wealth creation. There are excerpts from their respective Manifesto, Declaration and Statement, as well as links.

Background
The Lausanne Movement and BAM Global organized a Global Consultation on The Role of Wealth Creation for Holistic Transformation, in Chiang Mai, Thailand, in March 2017. About 30 people from 20 nations participated, primarily from the business world, and also from church, missions and academia. The findings will be published in several papers and a book, as well as an educational video. This Manifesto conveys the essentials of our deliberations before and during the Consultation.
Affirmations
Appeal
We present these affirmations to the Church worldwide, and especially to leaders in business, church, government, and academia.

Ad maiorem Dei gloriam – For the greater glory of God

Partnering with the Creator 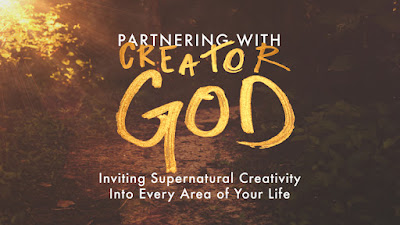 One of the most notable things about the Genesis creation account, seen in all of Scripture actually, is that God desires to work through humans to carry out His mission in the world. Consider the creation of human beings. God created Adam and Eve in two distinct ways: Adam from dirt and Eve from Adam’s rib. He was undoubtedly capable of creating more human beings in innumerable ways. However, instead of making human beings ad nauseum by Himself, He invited Adam, Eve, and their descendants to do so with Him. His first command was to “be fruitful and increase in number” (Genesis 1:28).

No person of faith in their right mind thinks that humans are creating humans by themselves. We contribute the easiest and most simple part of it (at least males do) and understand that God is doing the mysterious and miraculous part. As the Apostle Paul said, “So neither he who plants nor he who waters is anything, but only God, who makes things grow” (1 Corinthians 3:7). So it is with creating a child. We have our part, but God is the One who makes the child grow.

This has become increasingly more real to me as I have become a parent. Watching our children being formed in my wife’s womb, through ultrasound technology, produced a tremendous sense of humility within me. I realized that I had done so little, yet God had allowed us to partner with Him in the extraordinary and awesome task of bringing a new child into the world. Though human beings have played their part in reproducing since the time of Adam and Eve, it is clear that God “from one man [has] made every nation of men, that they should inhabit the whole earth” (Acts 17:26). Thus we are partners with God or as Paul said, “We are God’s fellow workers” (1 Corinthians 3:9).
This concept is not limited to childbearing but also extends to other forms of work. God created the entire universe without any human help. Paul makes clear, “[God] is not served by human hands, as if he needed anything, because he himself gives all men life and breath and everything else” (Acts 17:25). Yet clearly He created humans so that we could partner with Him in continuing His work in the world.

In Genesis 2, the idea of work as partnership with God becomes increasingly clear. In verses 19 and 20, God and Adam work together in the naming of all of the animals. God created the animals and brought them to Adam, and Adam was given the task of naming them. Thus work is fundamentally a way of partnering with God to carry out His mission in the world in service to one another and all of creation. It seems clear that God desires to work with and through humans and His creation to express His love to humans and creation; and for humans and creation to express their love for Him. This is the essence of spirituality. This is why He invited Adam to name the animals, and commissioned Adam and Eve to fill the earth and care for it.

Karl Barth in his Church Dogmatics advocated that only humans were created to be “a genuine counterpart” to God. The meaning and purpose of our creation is to be a partner with God. Barth notes that God “willed the existence of a being which in all its non-deity and therefore its differentiation can be a real partner.” Barth also connects this concept of partnership with the idea that we are to imitate God, saying that we are a “creaturely repetition, as a copy and imitation, can be a bearer of [divine form] of this form of life.”

By stating, in essence, that we partner with God to generate profits, I do not mean to imply that somehow God profits. God already owns everything (Haggai 2:8). As with all endeavors in which humans partner with God, the benefits are for us as God cannot gain what is already His. The benefit of the profits thus goes to humankind. Therefore, we should be careful that the profits from business are not hoarded but rather are dispersed. Through the dispersion of profits, humans partner with God to provide for other humans. This partnering with God and providing for one another should be seen as living faith.

As Miroslav Volf noted in a lecture at Yale Divinity School, “We make decisions in boardrooms, we flip hamburgers at McDonald’s, we clean houses, we drive buses—and by doing that, we work with God and God works through us. No greater dignity could be assigned to our work.”
Posted by jlee80111 at 8:19 PM No comments: